Brought up as a discussion of frustration on a boxing web forum, Fightnight Scores has been developed and hopes to bring clarity and transparency to the world of boxing.

There is regular fallout after boxing events in regards to unfathomable scorecards. Judges, untouchable, are back ringside again while fans scratch their heads, ask why and how they got their scores and then simply forget about it until the next time it occurs.

Fightnight Scores is a new boxing scorecard application concept to enhance the subjective scoring of boxing matches and aims to shed some light on the thought process of the person scoring the fight.

The concept is simple and nothing new is being added to the rules already in place. Our app utilises a “reasoning” concept which requires the user to explain their decision for awarding a round to a certain fighter. 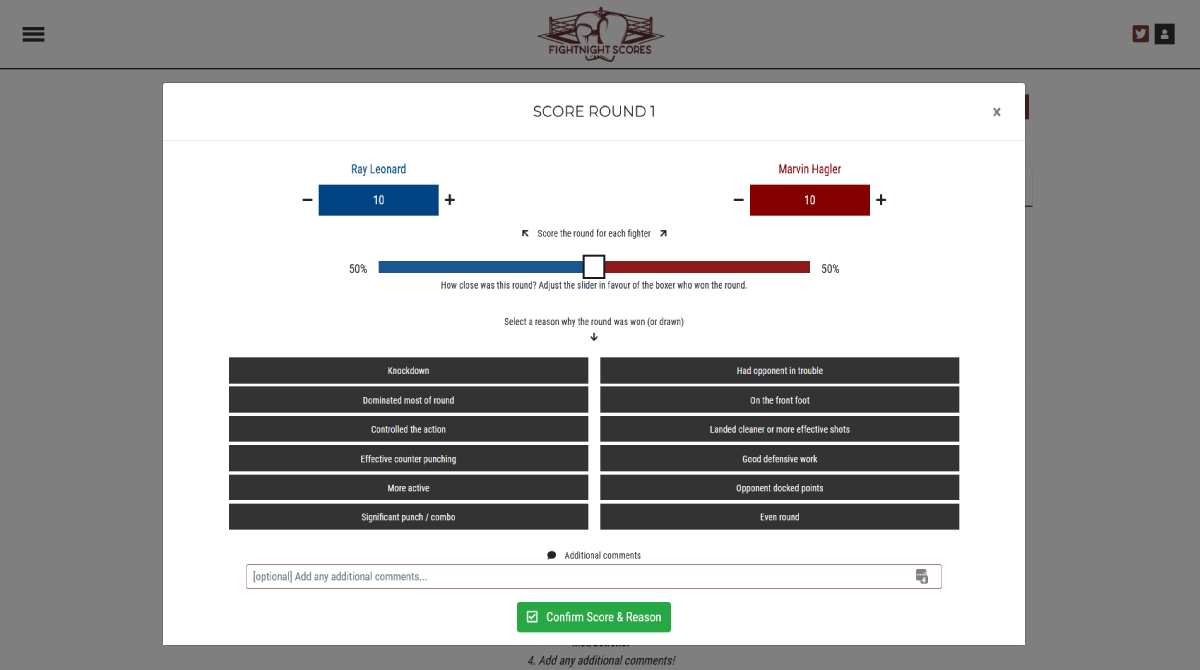 By adding this simple mechanism into the existing scorecard system, we create an ecosystem of transparent boxing scoring for maximum clarity, and to highlight how people see fights differently.

Winter 2019 Update: We have also added another metric into our system to establish how close the round was. Round winning margin is explained here.

We hope that boxing fans champion this concept and raise its profile so it can be adopted by boxing authorities.